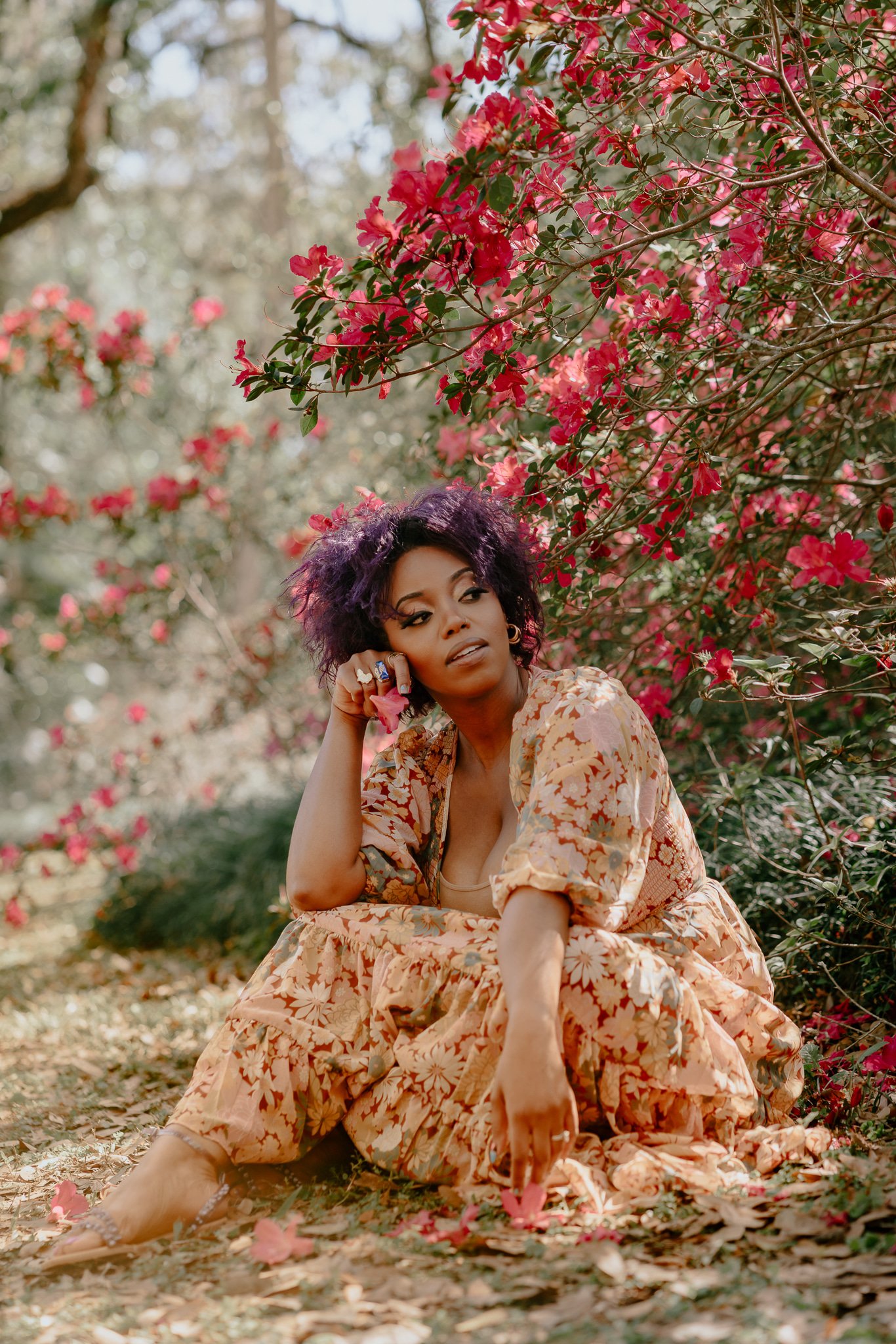 Hey, there bloomer! I’m the founder of Kb in Bloom. A go-to resource for BIPOC women who believe their self-care is non-negotiable. I’m most likely riding my bike on a beautiful scenic trail, baking sweet treats for my husband, watering my plants (that are all named after black iconic figures), listening to my favorite indie artist, or writing a self-care resource to help this very community on here. Come follow me on Instagram for more self care gems.
Learn more about Kb

With a wealth of information to explore, Black History Month is the perfect opportunity for Americans to recognize and celebrate African American contributions. From civil rights activists charting paths for justice, award-winning authors rewriting history books, or unsung inventors changing our everyday lives — their impact has been tremendous!

We’ve come a long way from what was initially called the negro history week to what the month-long celebration of black history has become today.

To further this celebration and recognition of black women and in honor of black history month, we have gathered 25 black history facts as a fun way to deepen your appreciation for African Americans’ remarkable achievements in u.s. history.

Check out our black history content on the site:

1.Elizabeth Freeman: Known as Mum Bett was born into slavery and was one of the first people to successfully sue for her freedom in the new nation. Freeman was a Revolutionary War widow enslaved by John Ashley, a powerful Massachusetts attorney, when she overheard a discussion about the Massachusetts Consitution.

She seized on its guarantee of liberty to bring her lawsuit. Her claim to freedom changed her life and helped end slavery in Massachusetts.

As part of their proud tradition of educating women leaders since 1881, she proved that those with immense ambition can achieve extraordinary things – such as becoming Director at Hunter College’s Latin American & Caribbean studies department!

3. Norma Merric Sklarek: During the month of february and beyond, we must remember Skalarek was the first black person and woman to become a licensed architect in the states of New York and California and in the united states. She was also the first black woman to be honored by felloweship in the American Institute of Architects. (AIA).

4. Charlayne Hunter-Gault: When talking about accomplishments of black americans, let us not forget to mention Hunter-Gault. Born in South Carolina, she was one of two black students to desegregate the University of Georgia in Athens in 1961.

5. Constance Baker: Became the first African American woman to be a federal judge. Baker spent two decades with the NAACP Legal Defense Fund, showing immense dedication and determination for justice. In 1964 she became a beacon of hope as the only woman to be elected into New York’s senate.

1.Janet Collins: In 1951, a groundbreaking prima ballerina, Collins defied all odds within the black community to become the first African-American ever to perform at New York’s Metropolitan Opera House. Having previously earned recognition as that year’s Donaldson Award winner for her excellence in dance.

2. Katherine Dunham: Blending together African and Caribbean styles, this dancer-choreographer used her art to create a modern dance revolution in the 1930’s.

3. Elizabeth Cotten: known as “Queen of the Blues,” Cotten was a legendary black folk musician who is best known for her unique guitar-playing style and songwriting.

She played many different styles of music, including jazz, country, blues, and bluegrass. Winning a Grammy award in 1984, she was a well-respected artist who performed around the world until her death at age 95.

4. Ellen Stewart: founder and artistic director of the La MaMa Experimental Theatre for over 50 years, Stewart was a groundbreaking figure in the American avant-garde movement, known for her support of playwrights, directors, and actors from around the world.

5. Sarah Vaughan: a celebrated jazz singer and songwriter who was inducted into the National Women’s Hall of Fame. Vaughan gained recognition in the 1940s as one of the “big black singers” hired by bandleader Earl Hines and later went on to pioneer a new style of vocalizing that combined elements of her classical training with black blues and gospel singing.

1.Althea Gibson: Gibson should come to mind in sports when thinking of the contributions of African Americans paving the way to play professionally. She was the first black woman to compete in and win a grand slam title (French, US, Wimbledon, and Australian Open) as well.

2.Wilma Rudolph: One of the most decorated black female athletes in history. Rudolph was the first woman American track athlete to win three gold medals in track and field at a single Olympiad. She was also an amazing sprinter, winning a bronze medal in the 100-meter dash at the 1956 games.

3. Leah Chase: an award-winning master chef and owner of the legendary Dooky Chase restaurant in New Orleans. Chase was known for her incredible Creole cooking, was featured in several cookbooks, and has received numerous awards like James Beard, including being named a Disney Legend with the movie, The Princess and the Frog.

4. Alexa Canady: at age thirty, Dr. Alexa Canady became the first black woman neurosurgeon in the United States. When trying to imagine the black experience and how being the first at anything must feel, it’s hard not to think of black women like Dr. Canady who were trailblazers in their fields.

5. Brianna Scurry: Scurry is a black American former women’s soccer goalkeeper and was the first black woman to be inducted into the U.S. Soccer Hall of Fame. She was part of the U.S. women’s national team for over a decade, helping the team win Olympic gold in 1996, the first year that women’s soccer was an Olympic event.

1.Sonia Sanchez: has written poetry, short stories, plays, and children’s books. Prolific and controversial, Sanchez has been a skillful innovator in the use of urban Black English, eloquent profanity, and colorfully precise imagery.

2. Daisy Bates: Establishing a weekly newspaper , The Arkansas State Press, Bates was active during the Civil Rights Movement in Arkansas. She was known for her work with the Little Rock Nine, a group of black students who were the first to attend an all-white school in Little Rock.

3. Gwendolyn Brooks: Gwendolyn Brooks was an inspiring success story in 1950 when she became the first Black writer to be awarded a Pulitzer Prize for her book, Annie Allen. Her hard-won recognition enabled her to rise as a beacon of hope and inspiration – becoming even further distinguished by serving as Poetry Consultant at the Library Of Congress.

4. Jackie Torrence: Jackie Torrence is a renowned storyteller with a vast repertoire of stories from all over the world. She is especially adept at telling ghost stories, African American tales via the history of black people, and Appalachian mountain lore.

5. Marian Wright Edelman: the frist black woman admitted to the bar in Mississippi, Edelman began her career as a civil rights lawyer, working with Martin Luther King Jr. and other leaders of the Civil Rights Movement. The founder of Children’s Defense Fund, she grew admirers from Hilary Clinton to Martin Luther King Jr.

1.Bertha Knox Gilkey: Bertha was a determined activist, never backing down from her mission to expose the injustices of public housing. Despite being a single mother and Black Panther in 1969, she fearlessly organized an impressive nine-month rent strike that made tangible improvements for black communities and other people of color struggling with poverty.

2. Barbara Jordan: former United States House of House of Representatives, Jordan was an American politician, lawyer, and civil rights leader. She served as a U.S. Representative from Texas from 1973 to 1979. As one of the first African-American women elected to Congress, she became a national leader on issues such as education, welfare, and civil rights.

3. Althea T.L. Simmons: considered one of the most effective lobbyists on Capitol Hill Simmons played a key role in such legislative victories as the 1980 extension of the Voting Rights Act sanctions against South Africa and a national holiday honoring dr. Martin Luther King jr.

4. Maxine Waters: For over four decades, Maxine Waters of Los Angeles has been inspiring people with her tireless efforts to bring about change.

From sex abuse prevention legislation to corporate divestment from South Africa, this groundbreaking leader and activist is one of the most influential women in California’s political landscape – earning herself the title as majority whip given by State Assembly speaker Willie Brown. Her consistent drive for progress serves as an inspiration not only within her own community but across America too.

5. Carrie Saxom Perry: Carrie Perry made a lasting mark on American history when she became the first black woman mayor of Hartford, Connecticut – a major U.S city- in 1987. Her legacy continues to inspire many today, as it was recorded that at one point she was one among fifty-seven other pioneering women mayors across America at that time!

Hey, there bloomer! I’m the founder of Kb in Bloom. A go-to resource for BIPOC women who believe their self-care is non-negotiable. I’m most likely riding my bike on a beautiful scenic trail, baking sweet treats for my husband, watering my plants (that are all named after black iconic figures), listening to my favorite indie artist, or writing a self-care resource to help this very community on here. Subscribe to our email list for more self care gems. 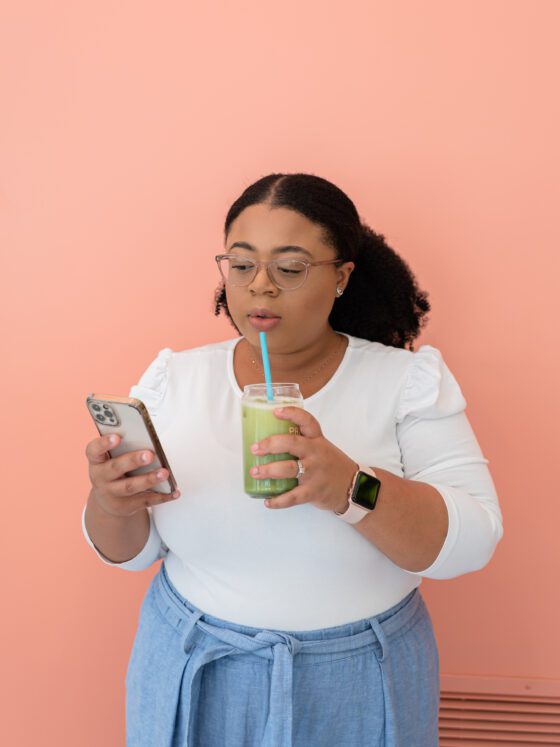 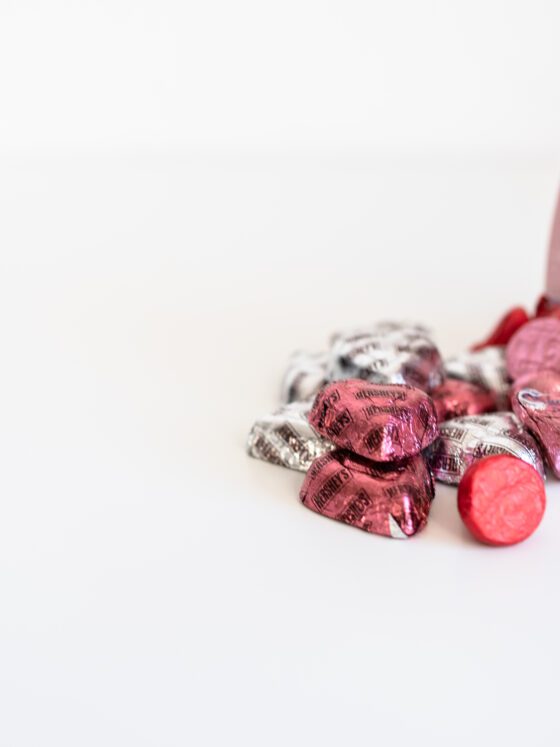 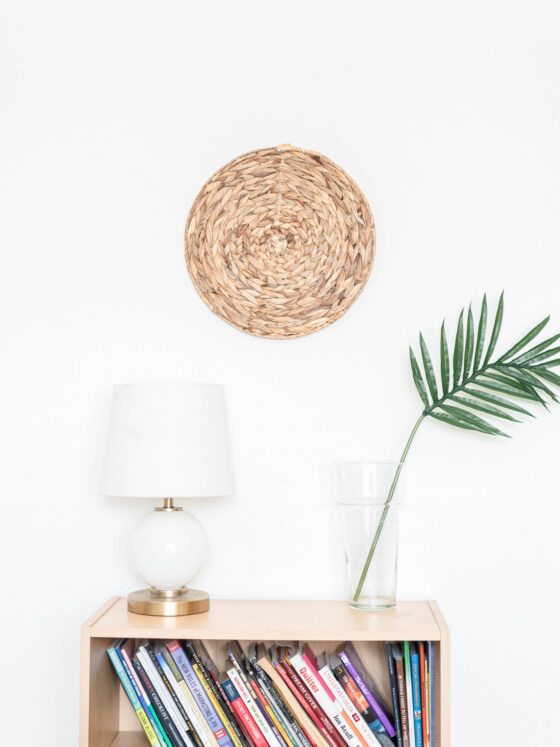 Best Books for Creatives in The New Year 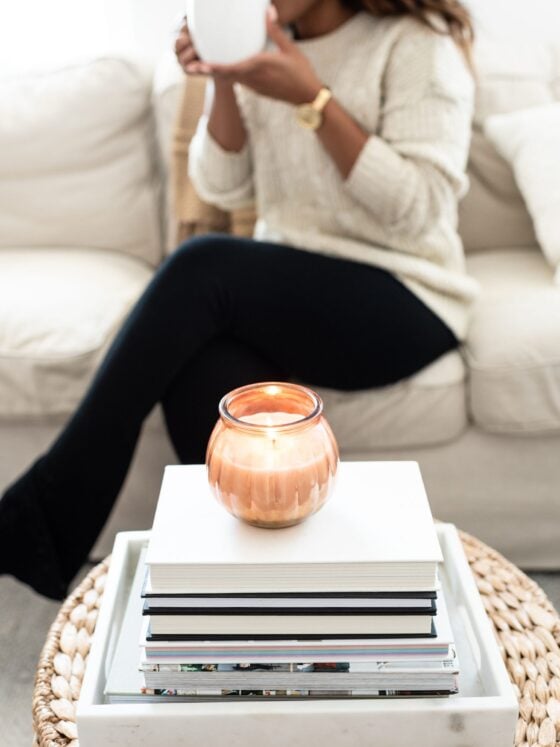 Best Books for Black History Month for Adults to Read 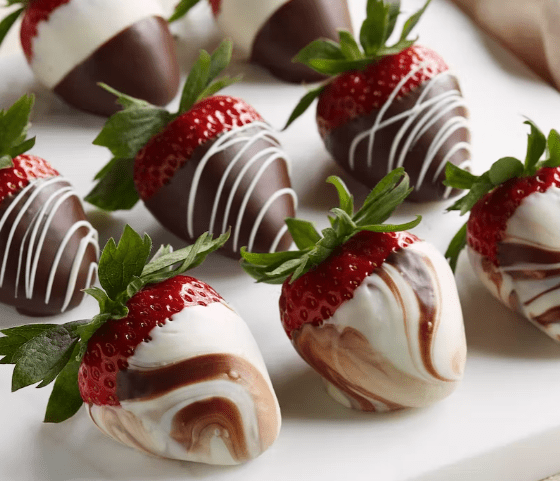 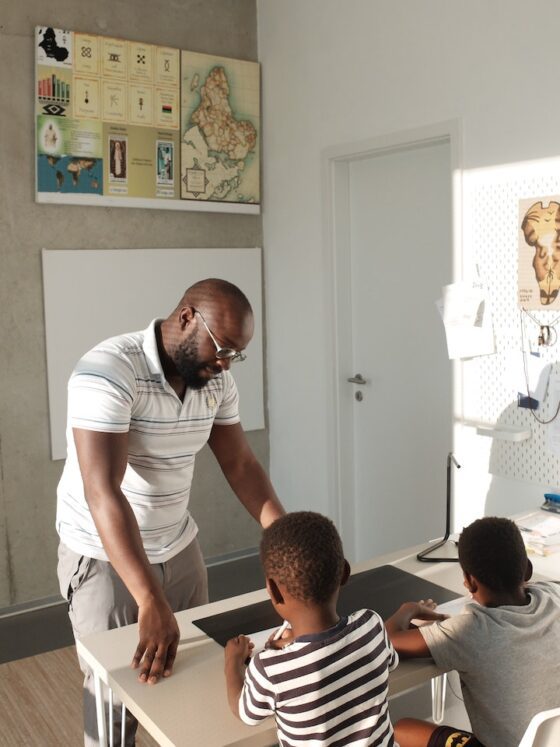 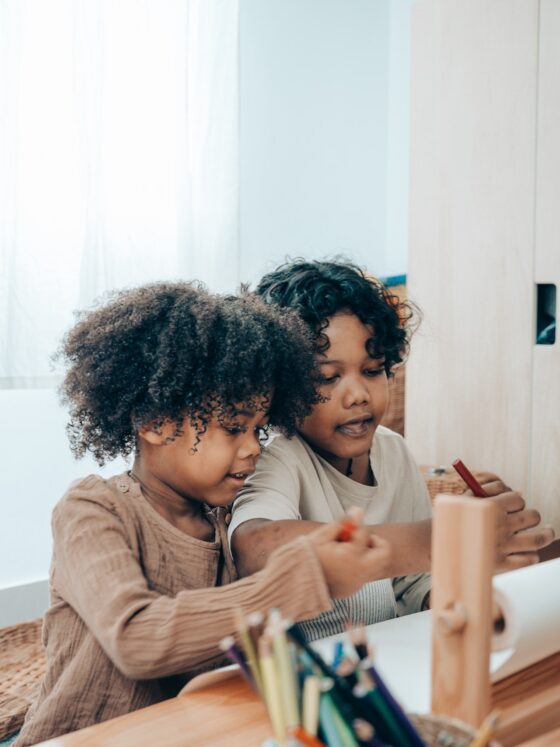 Hey, there bloomer! I’m the founder of Kb in Bloom. A go-to resource for BIPOC women who believe their self-care is non-negotiable. I’m most likely riding my bike on a beautiful scenic trail, baking sweet treats for my husband, watering my plants (that are all named after black iconic figures), listening to my favorite indie artist, or writing a self-care resource to help this very community on here. Come follow me on Instagram for more self care gems.
Meet KB